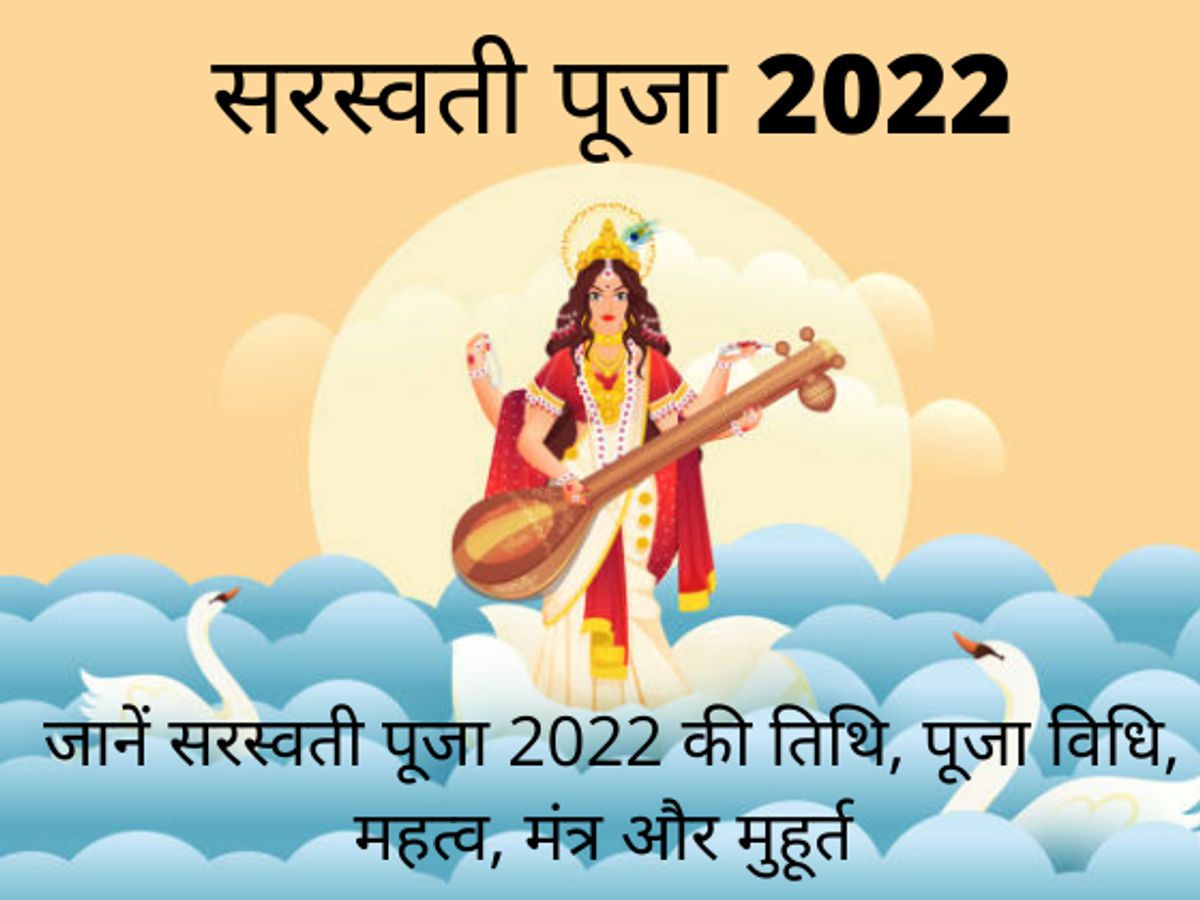 What is the story of Saraswati Puja?

Saraswati is a Hindu Goddess of knowledge and education. She is also a symbol of wisdom and music. A white saree is her iconic dress. Also, she sits on a white lotus with a veena in her hand. Besides, she keeps a swan by her side. There are many mythological stories of Saraswati.

Why is Saraswati Puja celebrated?

Vasant Panchami Saraswati Puja is vital to the students. Also, musicians and professionals take this to be important. Students believe that Goddess Saraswati will give them the knowledge to pass their exams. So, they keep their books and other study materials near the idol of Goddess Saraswati. Also, the singers and musicians pray to the goddess to become successful in the field of music. Moreover, artists and working professionals also pray for wisdom and happiness. Therefore, students celebrate SaraswatiPuja in schools and colleges.

Saraswati Puja in Kolkata is important for one more reason. There is a ritual of letting small babies write their first word. They do it on a slate with chalk. This marks the beginning of their educational journey. This ritual is done with the help of the priest. People call it Hatekhari in Bengali. People in Odisha call it Khadi-Chuan.

Where is Saraswati Puja celebrated?