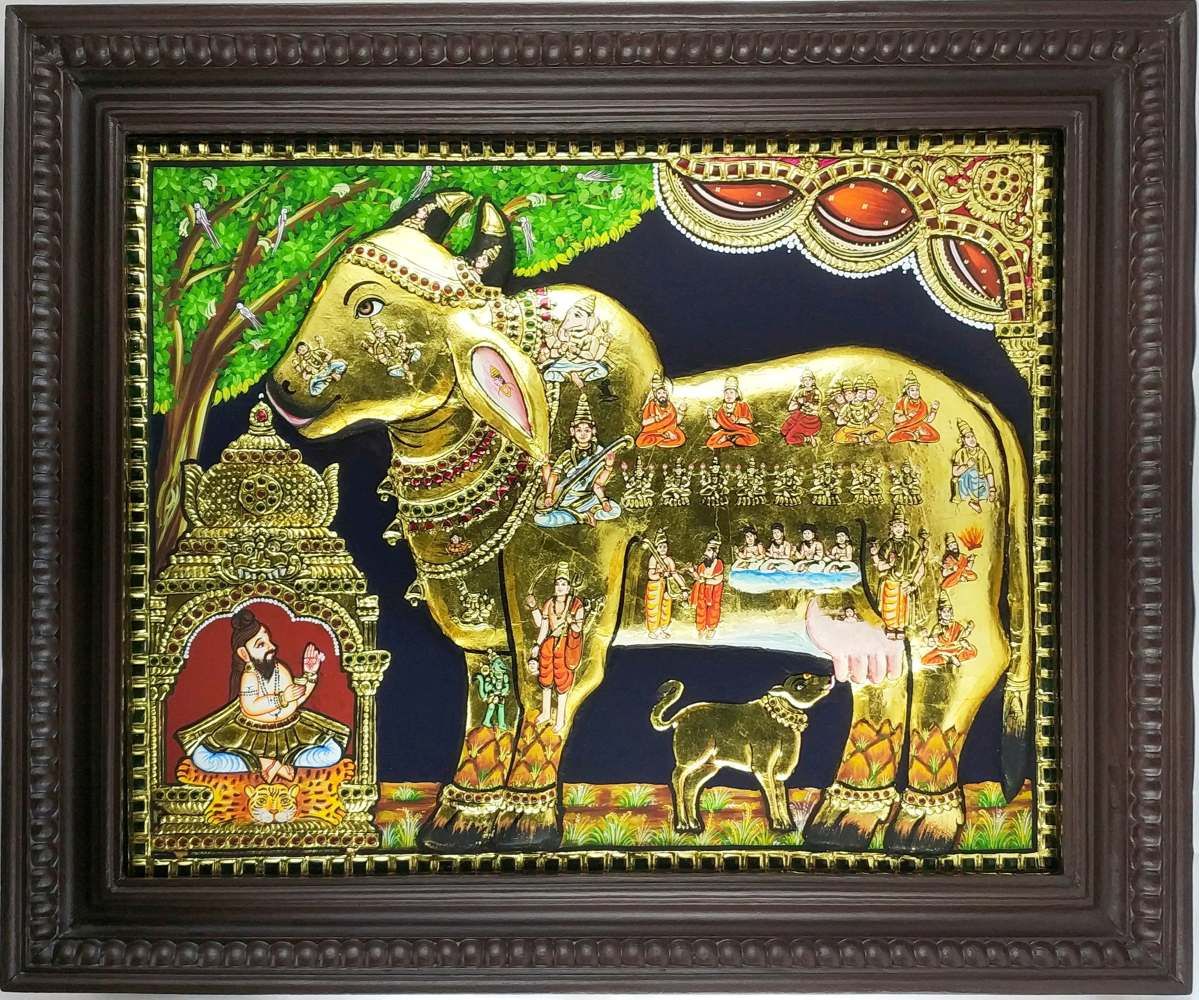 TANJORE PAINTING: ONE OF THE HUGELY ADMIRED FOLK ART FORMS OF INDIA

Handed down from one generation to another, Indian Folk Art is still quite alive and thriving in many parts of the country. Being the land of cultural diversity, a variety of art forms have evolved over the years in India. Some have remained untouched by modernization while others have adapted to new paint colors and materials. All these art forms are unique, admirable, and inimitable in their own way. One such well-known folk art form is Tanjore Painting. From down south, Tanjore or Thanjavur paintings originated in 1600 A.D., encouraged by the Nayaks of Thanjavur. Thanjavur, formerly known as Tanjore, is a city in the Indian state of Tamil Nadu. It is the biggest city in Tamil Nadu. Thanjavur is an important center of South Indian religion, art, and architecture. You can recognize a Thanjavur painting by its use of gold foil, which glitters and lends the paintings a surreal look. Tanjore paintings are known for their extravagant depiction of deities using vibrant colors and gaudy embellishments. Though the art form has undergone various changes over the years, it continues to be popular with the art connoisseurs even today and inspires many artists with a truly Indian style.

Tanjore Painting has a long history. It drew inspiration from Indian art of the 16th century when the Rayas of Vijay Nagaraa administered their vast Kingdom in Southern India through the Nayak Governors. The Nayaks were great patrons of art and literature. In 1676, when Martha's rule was established in the region, Maratha rulers started encouraging the flourish of art and artists. It was during this time that Tanjore Painting truly flourished and developed into today's form and style. Eventually, Maratha's rule declined and the Britishers who had come into Tanjore in the wake of the Mysore wars (1767-99) patronized the Tanjore artists. In 1773 a British garrison was installed in Tanjore and it became a base for British troops. Indian artists in and around Tanjore prepared sets of paintings for
Company personnel throughout the next century. These sets, catering to English sensibilities and tastes, were called Albums or Album paintings. Though grouped under the Company style of painting, they were typically Tanjore in style and characterization and were executed by the same group of traditional artists.

Tanjore Paintings are known as " Palagai Padam ", meaning picture on a wooden plank, as these are completed on boards made of Jack fruit or Teakwood. The use of vibrant hues and gold leaf embellishments are characteristic of Tanjore Paintings, with cut glass, pearls, and precious/semi-precious stones used for decoration. Though artists in the past used vegetable and mineral dyes as colors for these artworks, gradually chemical paints have taken over. The ever-so- dazzling color palette of Tanjore Paintings uses vibrant shades of Reds, Blues, and Greens. Common themes in Tanjore Paintings include Bal Krishna, Lord Rama as well as other Gods, Goddesses, Saints, and subjects from several Hindu mythologies.