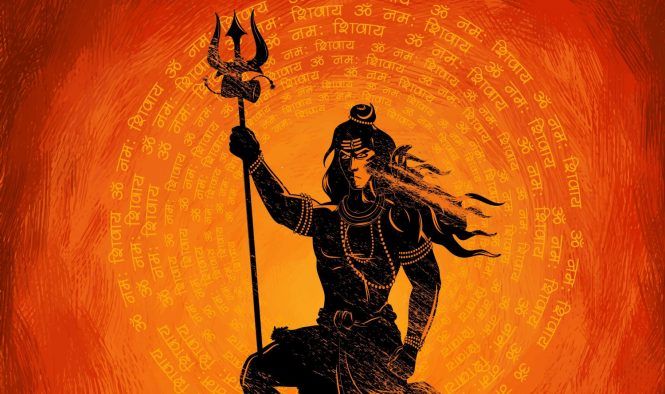 A day when positivity wins over negativity

The history behind the celebration

All the Gods and demons were terrified that this will destroy the entire world and so, Gods ran to Lord Shiva for help and to protect the entire world from the evil effects, Shiva drank the entire poison and held it in his throat instead of swallowing it. Due to this, his throat becomes blue and so he is also known as Neelakantha. Shivratri is celebrated as an event due to which Shiva saved the world.

Another story that is mentioned in the Shiv Purana is: Once upon a time Brahma and Vishnu were fighting among themselves that who is superior among the two. Other Gods were terrified and so they went to Lord Shiva to intervene in the war.

According to another popular legend, Shiva granted Goddess Paravati, an avatar of Shakti, and wished to marry him as he was impressed by her devotion. On a moonless night, the goddess observed fast for his good health after their marriage. Today also, this ritual is followed by an Indian woman who prays for the long life of their husband.

The significance of dance tradition to this festival has historical roots. The Maha Shivaratri has served as a historic confluence of artists for annual dance festivals at major Hindu temples such as Konark, Khajuraho, Pattadakal, Modhera, and Chidambaram. This event is called Natyanjali, literally "worship through dance" at the Chidambaram temple which is famous for its sculpture depicting all dance mudras in the ancient Hindu text of performance arts called Natya Shastra. Similarly, at Khajuraho Shiva temples, a major fair and dance festival on Maha Shivaratri, involving Shaiva pilgrims camped over miles around the temple complex, was documented by Alexander Cunningham in 1864.

Followers and devotees of Shiva observe special puja, perform fast in several temples of Shiva across the world. They offer milk to the Shivaling and pray for moksha. Several devotees pray the whole night, chant mantras in praise of Lord Shiva. Women pray to be blessed with a good husband and a happy married life. On this day, in various temples fairs and cultural programs are organized. It is also believed that those people who perform puja, fast, and offer prayers to Lord Shiva blessed them with good luck.